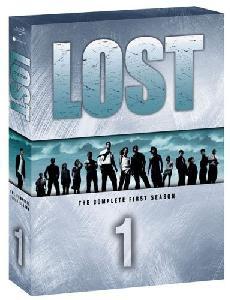 I haven’t had cable for about 4 years now. I’ve found this to be a relief. Previous to that I was quite the TV junkie. In fact, it was to the point I actually had multiple TVs going in the same room while doing other random surfing on the ‘innernet’. Recently I have been re-introduced to the weekly serial by renting them at the local Hollywood Video. I have made it through Season 1 of Lost which I found quite enjoyable. Making the island a character in the series turned the series into something very interesting. Given the writers fascination with star trek in their youth I expect the island to take on some science fiction-esqueness as it progresses. I think this was born out when the wandering invisible security guard was shown to be at least partially robotic (the mechanical arm sound as it grabbed a main character). its fun, and interesting to watch the flashbacks that dig into how people got here to this place. I don’t find this series as intellectually interesting as The Apprentice but I do find it entertaining.
Posted by adam lake at 10:29 AM

The apprentice is a good premise, but unfortunately falls into the trap of most reality shows: digressing to a he-said-she-said back-stabbing contest.

I think it's unfortunate that The Rebel Billionaire got out-marketed and out-coveraged (was on cable vs major network), as it was a way better show. See if you can find it on DVD somewhere. Or *ahem* on the internet somewhere?