Great review of iPhone in the WSJ today here (subscription may be required for access). From the article:

"Our verdict is that, despite some flaws and feature omissions, the iPhone is, on balance, a beautiful and breakthrough handheld computer. Its software, especially, sets a new bar for the smart-phone industry, and its clever finger-touch interface, which dispenses with a stylus and most buttons, works well, though it sometimes adds steps to common functions.

The Apple phone combines intelligent voice calling, and a full-blown iPod, with a beautiful new interface for music and video playback. It offers the best Web browser we have seen on a smart phone, and robust email software. And it synchronizes easily and well with both Windows and Macintosh computers using Apple's iTunes software.

It has the largest and highest-resolution screen of any smart phone we've seen, and the most internal memory by far. Yet it is one of the thinnest smart phones available and offers impressive battery life, better than its key competitors claim.
"
Posted by adam lake at 8:37 AM No comments:

For only $20 you'll be able to upgrade to interactive voice mail and unlimited data over the at and t edge network if you are an existing customer. I think that's pretty reasonable.
Posted by adam lake at 8:33 AM No comments:

Normally I'm not big on standing in line waitin for hot consumer products. While I expect it will probably be a waste of time, I'll take my laptop and some work and wait for this one..

Nico Galoppo, a Ph.D. student from UNC in my group, pointed me to this link. This is one beautiful device. How to pay for it? I've purchased a chunk of apple stock. My thinking is that it will eventually be a free phone as the price goes up, though it may take some time.

Josh Doss, who works in the Advanced Visual Computing Graphics SDK team, just got his article published in game developer magazine. Check out his work at: http://www.gdmag.com/homepage.htm.

Inking the Cube: Edge Detection with Direct3D 10
By Joshua Doss
“Detecting outlines and edges is particularly useful when a video game uses cell-shaded characters. In this technical feature, Intel's Joshua Doss explains how Direct3D 10 allows programmers to …”
Posted by adam lake at 3:18 PM No comments:

Starbucks Loss of Theatre and the Howard Shultz memo 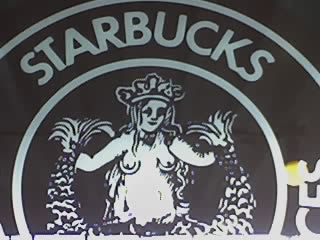 I’ve been meaning to pen this for some time now. A few months ago Howard Schultz, the Chairman of Starbucks, released a well publicized memo to the employees (http://starbucksgossip.typepad.com/_/2007/02/starbucks_chair_2.html) . First of all, I want to point out that Howard is correct that something is going very wrong with his child. He addresses several issues correctly including the ‘loss of theater’ at the stores. However, I think that Howard has COMPLETELY missed some of the most significant gaps that is driving away customers. One thing not mention in your memo is the most important aspect of the Starbucks experience: excellently trained staff who care deeply about the product they are pouring into my cup. The Starbucks experience once was a knowledgeable staff who took time to pour a shot and spend time watching the temperature of the frothing milk. What is so unfortunate is the quality is so incredibly varying. I’ve had lattes from Shanghai to Seattle and used to regularly hit the Starbucks bar at the airports or downtowns in cities who lacked any coffee culture. While it was never my first choice in Portland, Seattle, etc. it was a place I could go to get a reasonable latte. Now, the customer experience is so bad I have evolved to just skipping a drink on many a travel itinerary, preferring to wait until I get home or find something else, anything else, even a Nescafe machine behind a deli counter which seems to have trained their employees better than the ones I’ve become accustomed to being serviced by at Starbucks: apathetic individuals who seems to barely give you a glance let alone eye contact while you take your order. Additionally, the stores have become so full and confusing with such an array of crap it resembles a convenience store more than a coffee shop. A few coffee mugs and some CDs is fine ,but you have stuffed animals for goodness sake. Who does that? Also, I’ve repeatedly found your stores filthy. Most particularly, these are your airport locations, sticky tables, dirty floors, straw paper everywhere. In these stores you have really one option: full time person cleaning. That’s it. Sign up. Starbucks has moved from my third place to the last place I would go for a coffee. I have found the frappucinos fairly reliable, I guess its hard to screw those up. These are fine in the summer but not exactly my rainy winter drink of choice.

To contrast with my mostly US experience, I found the stores in Shanghai consistently fabulous. Now I wonder why that is? Could it be your simply paying more attention in your international role out of the cost of sacrificing US quality? Every day for 8 weeks I purchased at least one drink. I found the lattes consistent, reliable, and the staff friendly. The purchasing area and seating areas were immaculate and interesting. Orders were not lost, staff made eye contact and actually seemed interested in what they were doing. Additionally, they seemed to know what they were doing, which I just don’t see in the staff you have today at the US locations. I think there is an illusion that by installing those automated machines in your locations you have somehow roboticized the coffee process and that you can hire or train less because of these machines. Far from it. These machines seem to have tolerances and variability just as any machine (think the syrup adjustments in fountain drinks), however with these machines being more complicated they seem to have even more opportunities for variance than fountain drinks. I’ve had just as much variance in my drinks with the machines as I have without. Additionally, how the milk is frothed, temperatures, and how to pour it into the cup are all important factors. I’ve lost track the number of times I’ve had a barista just hold the milk under the frother for about 20 seconds and dump it into my cup over the espresso shots, slap a lid on it and toss it on the counter. If I wanted a giant warm cup of milk I would have asked for one thank you very much. I contrast this to World Cup, Common Grounds (best lattes on the planet), Ken’s, St. Honore, Extracto, Victrola, Bauhaus, or one several other locations who take time for each cup. Your short term approach to creating bottom line revenue growth is killing off your long term reputation. So, Mr. Shultz, while you have raised the alarm that something is wrong, I feel you have missed a few of the most important points and you are ultimately in the position to fix them.

My specific recommendation(s): challenge the people that work for you to be inspired to see something beyond a 21st century soda jerk. I believe you can make great strides in improving the experience through training and education of your jr. workforce. In addition to incentives around cleaning up some of the airport and other most filthy locations, bring in talented baristas with deep training and passion and send them throughout the land to infuse passion about your product. Send young, enthusiastic employees or consultants from the best coffee shops to visit places that lack a coffee culture to inspire and grow enlightened employees. Sponsor contests among employees for both quality and creativity.

There are enormous intangible benefits to this training. I realize pay is a factor in retention, but so is growth and opportunity. Let everyone in the company know there is a chance here to become a better person, a more cultured individual. Incent them with trips to understand the origins of the bean better. Trips to Seattle for a coffee college or a tour to see how the machines they use are built. Guest regional lecturers from the Starbucks travelling ‘coffee corp’. Let them know about educational and career opportunities. Don’t just tell them why they should care, SHOW THEM with actions that allow them to achieve what interests THEM. Only then will you return to your roots, providing your customer with a great expresso experience. 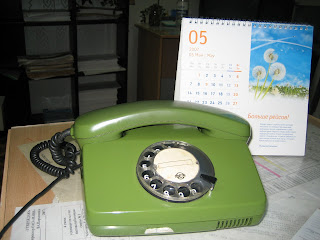 Not sure I like the way blogger forces me to add an image from within picasa right now...for some reason my toolbar has disappeared from the blogger editor that allowed me to insert photos, but here is the rotary dial phone from the office in the nihzny airport!